What to Eat in India: Famous Indian Foods

Before digging into the famous Indian foods, let’s talk a little about the ingredients. Garam masala is the authentic curry powder and it varies from region to region. Dal includes peas , beans and lentils ; and is one of the staples in the Indian cuisine. The authentic Indian rice is Basmanti white rice.

Vegetarians will be extremely happy when visiting India thanks to the cuisine being influences by religious beliefs. The cuisine varies a lot from region to region. 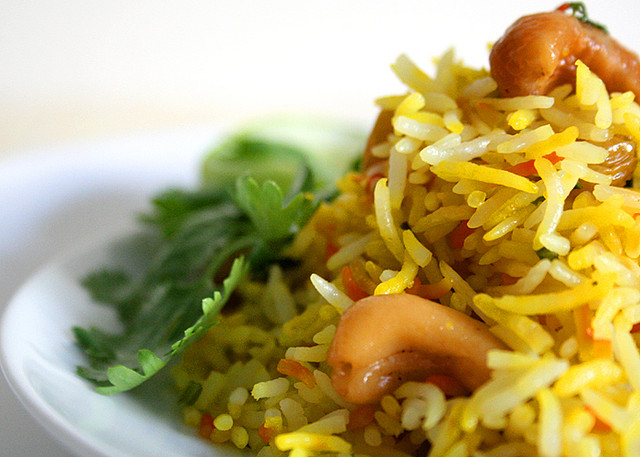 Designates many rice-based dishes , which can be vegetarian or not. Spices, vegetables, meats, fish or eggs are added to the dish. 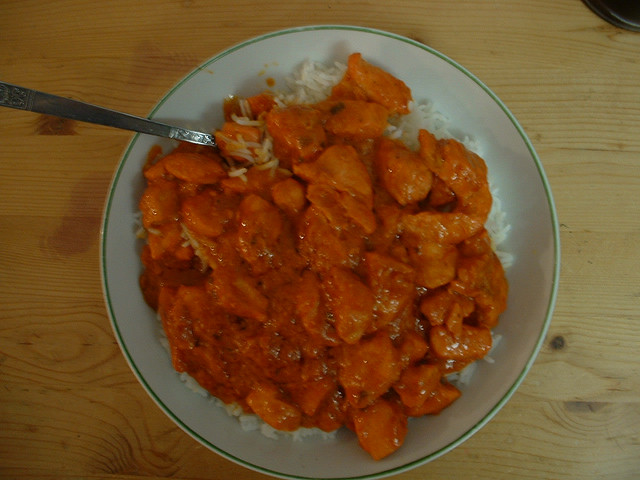 The chicken is marinated over night in yogurt and spices. It is then cooked with Makhani sauce – which is made of spices, Butter and tomato pure. It’s the most popular Indian dish among non-vegetarians.

Just like Butter Chicken, the chicken is marinated over night in yogurt and spices. But it’s cooked with tandoori masala and traditionally a clay oven is used. 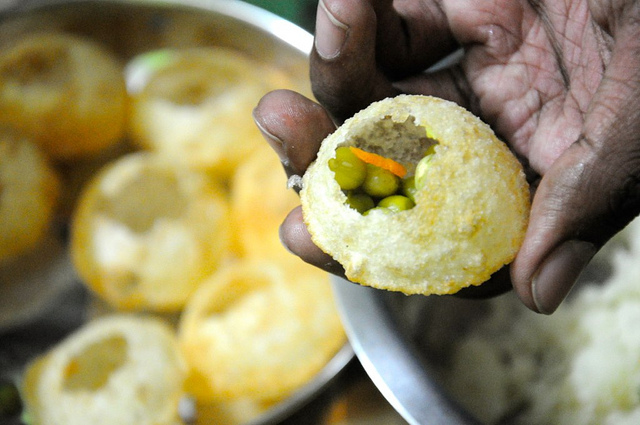 It’s a popular street food and consists of a hallow puri, fried , which is filled with chaat masala, potato, chickpeas, onions and chilli. 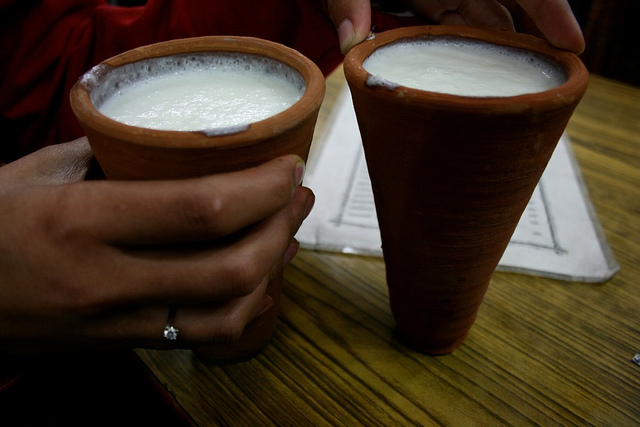 It’s a yogurt drink and is made by blending yogurt with water and spices. Cumin is among the spices used. There’s also a sweet variety in which yogurt is blended with fruits or sugar. 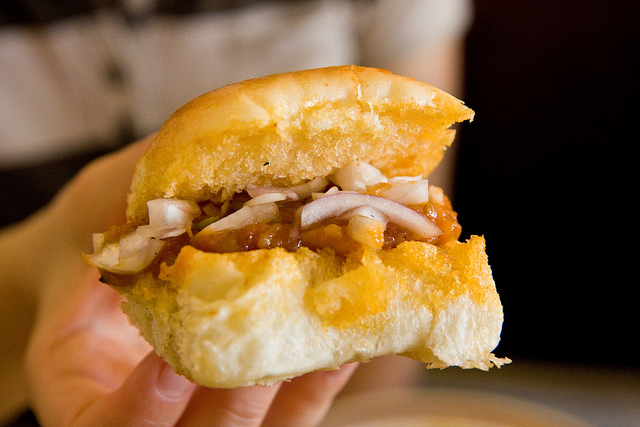 It’s a popular fast food dish , consisting of a potato based curry (bhaji) and pav – garnish made with onions, coriander and butter. 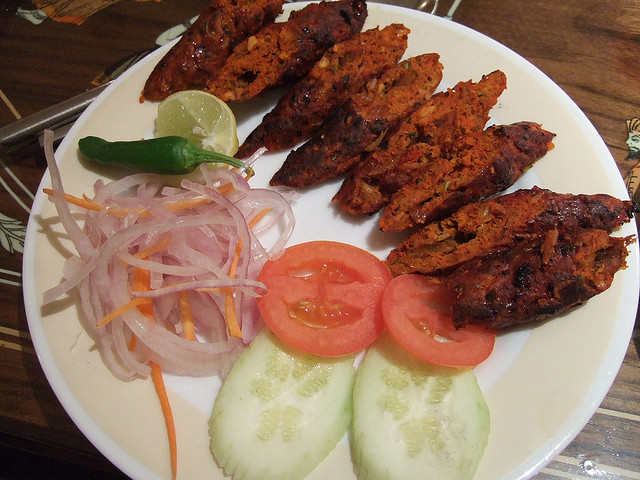 It’s cubed meat put on skewers and grilled. Any meat can be used and even fruits can be grilled like this. Vegetables used include tomatoes, mushrooms, bell peppers and onions. 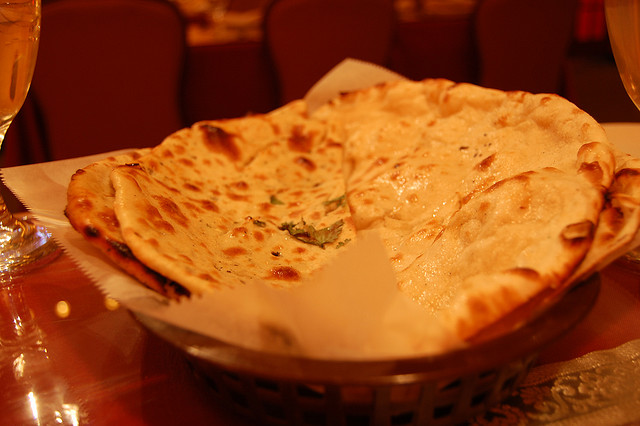 It’s the most popular version of flat bread. Naan is oven baked, while Paratha is bake on tawa. Paratha is usually stuffed with vegetables. Chapati is a slightly thicker flat bread. 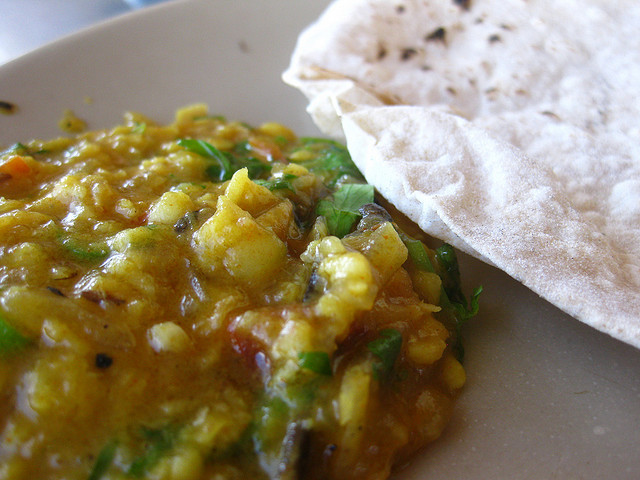 It’s a vegetarian dish in which the beans and lentils are boiled together in a tangy masala. Some sour cream is added on top. 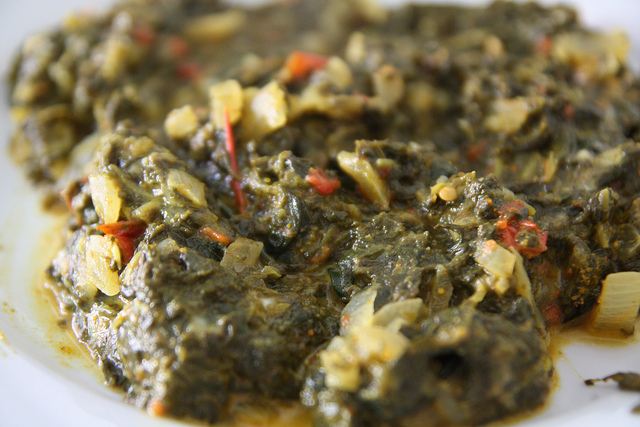 It’s a delicious dish made with spinach and cottage cheese. 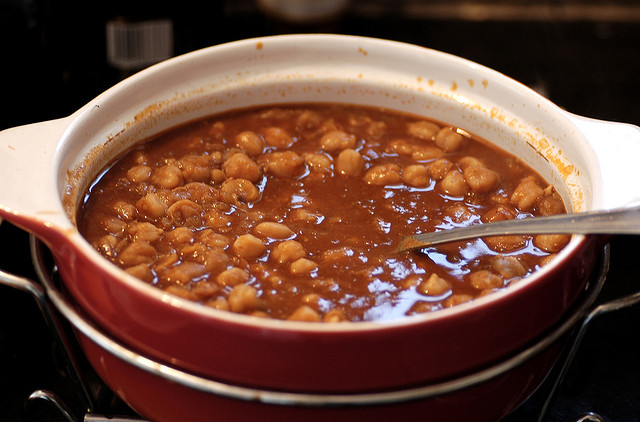 It’s a chickpeas curry which is served with fried Indian bread. 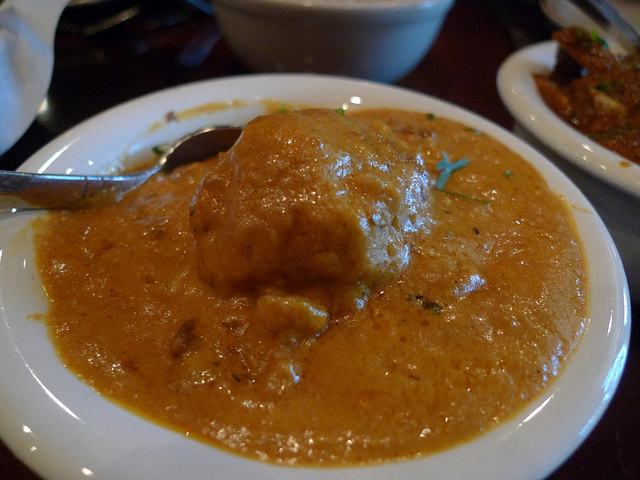 It’s a fried balled made from gram flour and veggies. Everything is then cooked with curry. 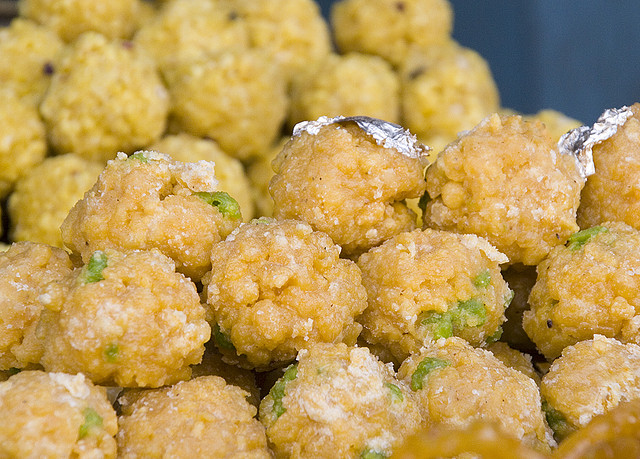 It is a ball shaped sweet made with flour and sugar.