The best way to see India is , without a doubt, by train. Forget the images of overcrowded trains and railway station, with people perched on top of the carriages. Traveling by express train in India is comfortable and safe. Not to mention that the seats must be reserved in advance. Plus, even when you deal with long distance travel, going from city center to city center can beat even dealing with getting to/from the airports.

Generally, Indian trains are very efficient but they do run late (and we talk about hours rather than minutes). As for facilities, you don’t generally find power sockets on India trains, but in most AC1/2/3 sleeper cars there are outlets for using the shaver (which can be used to charge mobiles, camera or laptops).

Aside from the passenger trains connecting the cities, there are also scenic journeys you can take, which are on “toy trains”. The Kalka to Simla railway (in the Himalayas) is one of the journeys any traveler to India should embark on. And you can also take one of the luxury “cruise trains” , which offer sightseeing itineraries around Indian cities.

There are international trains to Pakistan and Bangladesh.

It is also possible to travel all the way from London overland to India. How? Well, it is a bit tricky because of the security and visa issues when passing through Iran and it’s not as easy as booking a train ticket from London to Delhi either. It’s a 2-3 weeks journey via Turkey , through Iran and Pakistan, using trains and buses. While the first of leg of the journey is easily tackled on trains through Europe, the last leg will be downright adventurous.

Holders of IndRail passes have the advantage that they can pre-book the seats before leaving for India (which saves hassle and disappointment). They are available for AC1, AC2, and 2nd class and generally cost a bit more than buying normal point-to-point tickets.

India has 6,800 railway stations and 63,000 km of rail routes, divided into 16 zones. Indian Railways operates the trains and you can check the schedules and prices. Trains go pretty much everywhere and it’s safe to assume that you can get between large cities by train.

The main city center station in Delhi is New Delhi , so when running a search look for both “New Delhi” and “Delhi” (which is in Old Delhi). And by the way: Bombay is Mumbai, Madras is Chennai and Calcutta is Kolkata…confused much? And yes, the large cities have more than one train station, so you should check departures from every station. 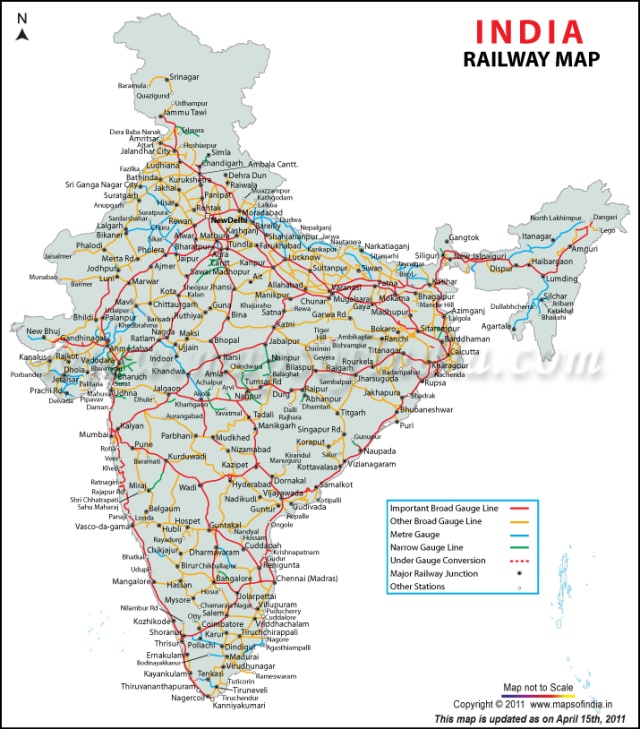 There are eight (yes, 8 ) different classes on Indian trains but not all of them are available on every train. For overnight journeys most travelers choose AC2 (2nd class, AC, showed as “2A”) or if the budget is not a problem AC1 (1st class, AC, showed as “1A”). Backpackers or shall we say more adventurous travelers choose Sleeper (“SL”). For daytime journeys, “CC” (AC chair) is a good choice. Avoid the “Unreserved 2nd class”.

Rajdhani Express trains connect Delhi with the regional capitals (i.e. Bombay/Mumbai, Calcutta/Kolkata). These are extra-fast AC long-distance train and meals are included in the fare.

Shatabdi Express trains connect the major cities to important cities close by. These are also fast and have AC plus refreshments are included in the fares. It’s the best choice for traveling between Delhi and Agra, for example. 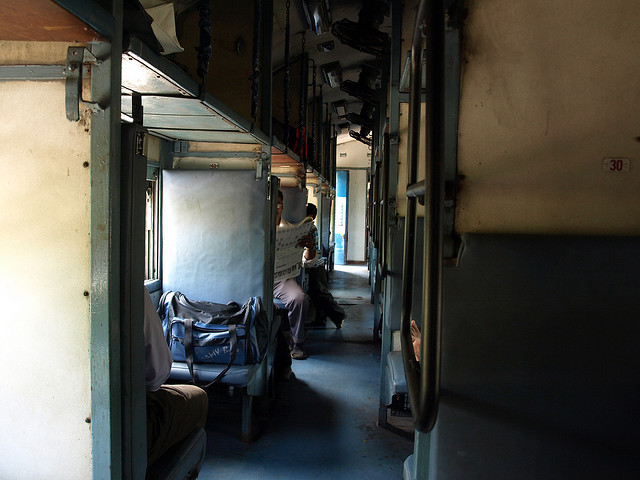 You do need a reservation on traveling by train in India. Everything is now computerized which also means you can save about 50% of the total cost of…train tickets and bribes , as it was the norm before the computerized system was introduced. And make sure to make the reservations as far in advance as possible (up to 90 days on long-distance trains and 30 days on short-distance trains).

Many important trains have a “tourist quota”, which means that even if the trains appear to be fully booked, foreign tourists and IndRail passholders can still get a ticket because of that quota. Still don’t relay on this, because only few seats are part of this quota and you may have to wait for a day or to for a seat to be available.

But even if the train is fully booked you can still have two chances. RAC (Reservation Against Cancellation) tickets can get you a seat if someone with a confirmed reservation cancels it. As a result a waitlisted (WL) passenger will be promoted to RAC. Even if no one cancels you can still board the train with a RAC ticket but you’ll be given a seat in the same class as opposed to a berth.

Another interesting system is the Tatkal , which means that a number of key tickets are held back and released only at 8 a.m. one day before departure and are sold with an extra fee. So if you cannot get a tourist quota, you might just be lucky with the Tatkal places, which can be booked online.

Buying train tickets outside of India

MyClearTrip accepts foreign credit cards and you don’t need an Indian cell number (the SMS service is available, but you don’t need to have such a number). But you can only book direct trains , so if you need a multi-leg journey, just book each segment as a single trip. You can book Tatkal places on this website. And yes, the website charges a small booking fee and a small credit card fee.

MakeMyTrip is said to accept only Indian credit cards.

It is not possible to book tickets online via the Indian Railways website.