Save Money on Monsoon-Season Travel to India 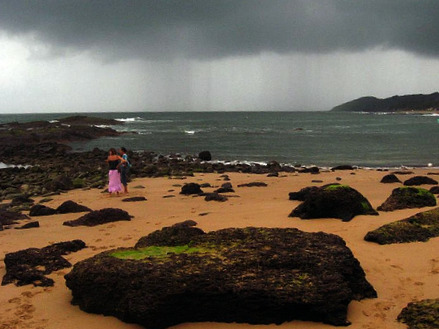 While most Americans think of summer as the most popular time to travel, in some parts of the world the months of June, July, and August can be challenging – and not for the reasons you might suspect. Yes, some places will be blisteringly hot in the summer, requiring you to pay attention to how much water you’re drinking and when you last put on sunscreen, but in other places water will be the least of your worries.

As we noted not long ago, June-September is monsoon season in India – and while some people might avoid summer travel to India because of that, budget travelers might want to take advantage of the lower monsoon-season rates. Tickets to India can be much cheaper during the summer, as it’s the low season.

Not only that, places that are traditionally magnets for budget tourists – like the new-agey beach city of Goa – are likely to be less crammed with people. So even though you might be able to find cheap Goa hotels pretty much year-round, you’ll have your pick of locations to a greater extent in the summer than at other times of the year.

Assuming you’re able to save money on things like your airfare and accommodation by traveling to India during the low season, you might be able to splurge a little on things like getting around. Train travel in India is often extremely cheap, especially if you buy a ticket in one of the lower service cars. But by saving enough on airfare and hotels you may want to consider upgrading to a first class train ticket now and then, particularly on longer train rides.

Travelers who have the most meager shoestring budgets can’t always be too picky about the weather, but India isn’t the only place that gets cheaper when the weather isn’t ideal. If you’re prepared for it, however, neither extreme heat or monsoons can keep you from enjoying your trip.