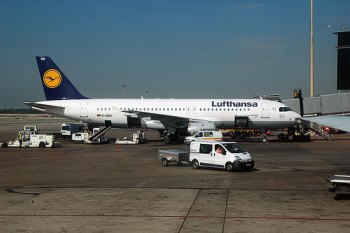 New flight deals are coming so quickly that people in the travel business are getting dizzy just trying to sort them out. This is one of the more shocking deals from a place you might not normally expect even to look. If you want to get an airline ticket from anywhere in the world to Germany then you’d naturally think of Lufthansa, as they are Germany’s national airline. Frankfurt actually serves more international destinations than any other airport in the world, just as a bit of trivia for you.

But now Lufthansa is offering a fare sale from the United States to India, presumably changing planes in Frankfurt along the way. You might think of Air India or one of the many American carries for cheap tickets to India, especially from the United States. Well, Lufthansa has that special advantage mentioned in the trivia fact above, which means they can offer great fares from nearly anywhere in the US to nearly any major airport in India, due to the fact that Frankfurt is such a busy hub for both countries.

Airfare to Mumbai is usually the cheapest in India, since it’s the largest city and the financial center. Lufthansa has flights from New York to Mumbai starting at US$360 each way, which is a few hundred dollars lower than normal for this time of year.

Getting elsewhere in India

As mentioned, you don’t need to fly from NY to Mumbai to get a great deal. Getting airfare to Goa is impossible on most airlines other than Air India, and the same is true for Bangalore or Hyderabad, but on Lufthansa they’ll hook you up with a great deal, starting from dozens of different American cities.

You can go from Chicago to Chennai for US$415 each way, or Boston to Delhi for US$438 each way, and so forth. Most years any ticket from the US to India would be over US$1,000 even for the biggest and most common cities.

Check the Lufthansa deals page for all the details.