Luxury travel in India is affordable, if not cheap 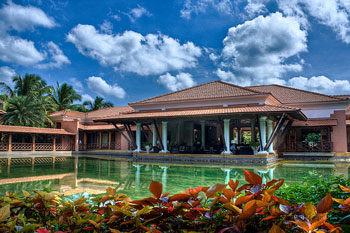 Most people I know really have no desire to come to India, which is a terrible shame, but this place can be very intimidating and it does have a rather rough reputation among people who return home from their first trip. But then when some people hear that you can literally find hotel rooms for around US$1, they are suddenly interested.

It’s true that those US$1 hotel rooms do in fact exist in India today (though I’ve never paid less than US$8, I believe), but you really wouldn’t want to stay in those places unless you are a patchouli-soaked backpacker on the tiniest budget. The good news is that often you can actually find a hotel room for around US$10 that would cost you US$100 if it were somewhere else. And of course, if you pay more, you get more.

5-star hotels are still expensive though

Here’s the part that doesn’t make sense to many people: While hotels at the bottom and middle of the spectrum are often amazingly cheap compared to the same types of places elsewhere, the real 5-star luxury chains are almost the exact same prices they are in any other city on earth. Wouldn’t it be cool to get a suite at a Marriott in India for US$50 per night? Unfortunately, any Marriott is going to charge around US$150 per night just for a normal room, and a suite will be like US$400.

As a cheapskate I’ve investigated this situation and I can tell you why this is. There are two reasons, really. One is that all of these international chain hotels are built by companies that take out loans in US dollars or Euros and they need to be paid back in those currencies at similar rates to hotels being built in, say, Sydney or Toronto. A backpacker hotel might be built for US$5,000 in local currency, but a Hilton will still cost US$20 million if it’s going to be a 5-star place.

The other reason is that business travelers from around the world expect extremely high quality wherever they go, so even though the real estate beneath the hotel might be a bit cheap, everything else costs almost the same. Even local labor is unusually expensive since these places have to hire the best of the best to be on staff.

Strategies for a cheap luxury trip

It’s pretty easy to get a cheap ticket to India, and at the moment there are plenty of sales on so that won’t be a problem. Fly into the big cities of Mumbai or Delhi and then consider a luxury train ride to your ultimate destination instead of a crowded domestic flight. The trains in this country are way nicer than you probably imagine before you get here, at least the first class air conditioned carriages are.

If you belong to one of the hotel rewards programs you should look into that possibility. Often you can get a room at an excellent place here without spending too many points. But if that won’t work for you, the key is to avoid the big international chains. As mentioned above, anything built with foreign money has to charge foreign prices, so you should look for one-off resorts and spas. You won’t recognize the name, and that’s exactly why they typically can only charge half or one third of what an Intercontinental next door would charge.

You can often get better hotel rates once you are in India than you can online from home. It’s a good idea to book your first night or two because you don’t want to be bargaining after no sleep and a long flight, but after that you’ll probably be able to find a 4-star hotel for well under US$100 per night in the big cities, and sometimes under US$50 per night in smaller towns.