Is January a good month to visit Mumbai and Delhi?

India has always ranked high among those going on RTW vacations and among backpackers. The prices – for accommodation and daily living – are low and there’s that fell of “uniqueness” no matter where you travel in the country.

Cheap tickets to India are not hard to find, but it’s a good idea to book ahead of time especially if you plan to come here when everyone else is…during the high tourist season. 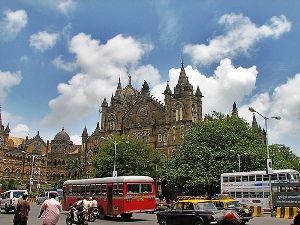 Mumbai is the largest city in India and one of the biggest in the entire world. Its cosmopolite and there are loads of things to do. Those planning to visit Mumbai in January will be pleased to find a lot of festivals to attend.

The city’s climate is tropical and there are four seasons. Winter (December to February) is the best time to come here. It is the coolest time of the year, with average temperatures reaching 16.4C during the night and around 27C during the day. The days are dry but the nights can be relatively cool. This weather is perfect for checking out the city.

When you are looking for cheap airfare to Mumbai take into account that February can be a nice time to visit the city as well. So make sure to plan accordingly and book the flight and accommodation ahead of time. 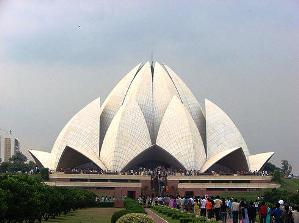 Delhi is another large metropolis in India and the eighth largest in the world. Only part of it, New Delhi, is the capital of India. The city has a lot to offer regardless of the time of the year when you choose to travel, but it’s a good idea to keep in mind the climate.

Delhi’s climate is humid subtropical. Winters start in November and peak in January. Due to the proximity of the Himalayans cold waves hit the city and the temperatures dip below freezing. The average daytime temperature is around 20C in January, while the average nighttime temperature is 14C. Delhi is notorious to be hit by heavy fog in winter, but it ends in early February.

It is a better idea to plan your visit in Summer. It starts in early April and peaks in May. Temperatures during the day average 32C but they can (and will) get higher at times. Still, with the monsoon starting only in late June, April and May are excellent months to visit the city.

Finding cheap air tickets to Delhi for summer is not hard and it pays off to start your search in advance and figure out when the best deals can be obtained.