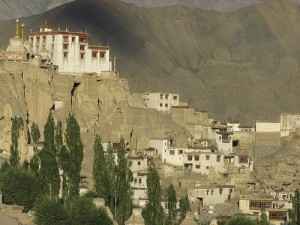 India is a large country and the climate is very diverse. Monsoon starts in June, which means you should avoid the coastal regions and head to the hills and mountains instead. Visiting the large cities isn’t a good option either because it’s hot and muggy.

June is the hottest month in India and traveling right before the monsoon is downright nightmare. Sure, the monsoon can be late and you won’t experience much rain, but that doesn’t exactly save you from the hot weather.

So, you are pretty much left with heading north. Ladakh is a good option but so are Mysore and Ooty.

>>read more about Weather in India

When it comes to accommodation , it’s not hard to find affordable hotels online. Expect to pay from Rs 951 for a double room in Bangalore (2 star hotel) and much more for a room in Mysore (from Rs 1999 in a 3-star hotel). Another option is to look for hostels .

You can take advantage of visiting India and study Yoga in Mysore. Although it’s monsoon season, it doesn’t mean it will rain all the time.

>>read more about Getting from Bangalore to Mysore

The road to Ladakh only opens in May and if you want to avoid the crowds, visit the place in early June. The Tibetan Buddhist monasteries and the scenery are magnificent.

Go to the mountains in Shimla and experience Shimla Summer Festival, which lasts for five days. You can grab a souvenir (local handicrafts) and of course, listen to music and taste the food.

Or you can attend the oldest snake boat race of Kerala, Champakulam Moolam Boat Race. It takes place on Pampa River at Champakulam. Another option is Sao Joao Feast of St John the Baptist, the most popular festival in Goa , which features , aside from a boat race, dancing and singing.

But probably the most important festival in June is Sindhu Darshan Festival, which promotes tourism related to River Sindhu, offers a kaleidoscope of Indian culture and an exciting collection of performing arts.

As much as possible, avoid spending too much time in large cities. Sure, you’ll arrive in India by way of Delhi or Bangalore, but make plans to travel to cooler destinations as soon as you arrive and avoid the hot and sticky weather, especially if you are not used to that.