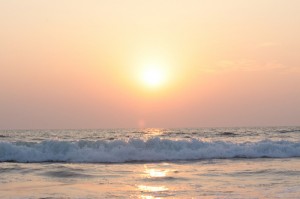 Visiting India in July requires just as much planning as getting here in June. It’s the monsoon season and you should avoid the places that get hot and muggy. However, places such as Delhi aren’t as bad as soon as it starts to rain.

July is the month when the monsoon has definitely settled and you can expect a lot of rain. Just like in June, head to the hills and mountains. Ladakh is a good option but so are Mysore and Ooty. And you could plan a visit to Agra and the famous Taj Mahal.

>>read more about Weather in India

When it comes to accommodation , it’s not hard to find affordable hotels online. Expect to pay from Rs 951 for a double room in Bangalore (2 star hotel) and much more for a room in Mysore (from Rs 1999 in a 3-star hotel). Another option is to look for hostels .

If you are passionate about Yoga or maybe you want to try a new thing, thank consider a Yoga retreat in Mysore. It might be the monsoon season , but it doesn’t mean it will rain all the way.

>>read more about Getting from Bangalore to Mysore

The road to Ladakh only opens in May and by July it’s pretty crowded up here. But the Tibetan Buddhist monasteries and the scenery are magnificent and worth your time. Also, you can attend the two day Hemis Festival where you can listen to traditional music and purchase some local handicrafts.

You can also consider Goa as a possible destination, but don’t overlook Agra either. After all, Taj Mahal is a symbol of India and the temperatures are bearable in July.

You can attend Rath Yatra festival in Puri or the Splash monsoon carnival in Kerala. The latter consists of action packed events both indoor and outdoor to benefit from the lush vegetation during this time of the year.