Getting from Bangalore to Goa 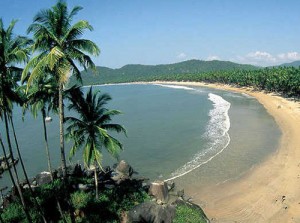 Bengaluru, formerly known as Bangalore, is the capital of Karnataka. It is now a large cosmopolitan city and the major centre of India’s IT industry.

Goa is a state located in West India. It is a former Portuguese colony and still has a unique mix of architecture which attracts tourists. Goa is a hub for tourism in India and has been attracting travelers for decade. Panaji is the state capital. The only airport in the state is Dabolim Airport, located close to Vasco da Gamma.

If you need to have the flexibility to travel any day of the week, then the bus is your best bet, but make sure to choose a sleeper for this journey. Otherwise, the train is a good choice (but it only departs Bangalore on Tue, Fri and Sun).

Bengaluru International Airport (BLR) serves Bangalore and handles both domestic and international traffic. The airport is located about 40 km from the central business district. BLR is hub for Blue Dart Aviation, Deccan Aviation and Kingfisher Airlines.

Dabolim Airport (GOI) is located in Vasco da Gama and is the only airport serving the state of Goa.

Buses from Bangalore to Goa

There are three bus companies which run buses between Bangalore and Goa (Old Goa). Together, they offer 12 departures per day. The travel time is between 12 h and 13 h. The departures from Bangalore are in early evening (from 4:50 p.m. to 8:45 p.m.) . Fares start at Rs 450 one way in a sleeper berth in a non AC bus. If you choose an AC bus, the sleeper berth starts at Rs 650 one way.

On the way back, catch one of the 16 buses from Goa to Bangalore. They also depart in early afternoon and the same fares are applied.

Sites like this one list the departures from various bus companies and also make it possible to book the tickets online.

Trains from Bangalore to Goa

You can see the train schedule and fares on this website .

Driving from Bangalore to Goa

Should you decide to rent a car and drive between Bangalore and Panaji, the capital of Goa, you can take NH 4 and cover the 629 km in about 10 hours. Of course, make sure to plan some stops along the way. The NH 206 and NH 17 route offers some lovely sights as the last part of the road runs along the sea side (from Sakkalbert to Panaji).