Getting from Bangalore to Chennai 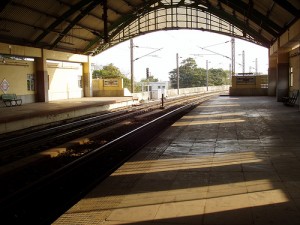 Bangalore is now known as Bengaluru and is the capital of Karnataka. It is a large cosmopolitan city and the major centre of India’s IT industry.

Chennai was formerly known as Madras and is the capital of Tamilnadu. It is the fourth largest city in India and has the 2nd longest seashore in the world.

The best bet for traveling between Bangalore and Chennai is the express train, which takes 5 h to 5h 30 min. They depart on a daily basis. A slightly cheaper option (if you choose a non-AC bus) is the bus , which takes about 6 hours.

Bengaluru International Airport (BLR) is an international airport serving Bangalore. It is located about 40 km from the central business district. In 2011 , it was rates as India’s best airport. The airport is hub for Blue Dart Aviation, Deccan Aviation and Kingfisher Airlines.

Chennai International Airport (MAA) is located 7 km south of the city and is hub for Air India, Air India Cargo, Blue Dart Aviation, Jet Airways and Spicejet. Aside from the local flights, the airport also provides links to Europe, the rest of Asia, the United States and the Middle East.

Flights between Bangalore and Chennai are operated by: Air India, IndiGo, Kingfisher Airlines and SpiceJet. The flight time is 40 min to 1 h. In 2012, expect to pay from Rs 2716 / US$51 one way on Jet Airways. Return flights start at Rs 4952 / US$93 on Kingfisher Airlines.

Trains from Bangalore to Chennai

Chennai is served by two long-distance railway stations. Chennai Central (MAS) is where trains to/from Bangalore arrive and depart. You can check the schedule and fares on this website .

There are 19 trains from Bangalore to Chennai. The first departs at 3:55 a.m. on Sundays and the last at 11:55 p.m. on Wednesdays. Only 6 trains run between the two cities every day of the week. The travel time is between 5 h and 9 h 35 min. The general fare on the express train is Rs 85 one way , while the fare of an AC chair is Rs 386 one way.

Buses from Bangalore to Chennai

Seven different national bus companies operate buses between Chennai and Bangalore (and the other way around). Most of the departures are in late evening but there are also day time buses between the two cities. In total, there are about 80 departures per day between Bangalore and Chennai. The travel time is about 6 hours. Fares start at Rs 222 one way for a seat in a non AC bus. If you choose a seat in an AC bus, the fare is Rs 400 one way. Tickets can be book on websites like this one , which aggregate the departures from many bus carriers.

Driving from Bangalore to Chennai

You can rent a car in Bangalore and drive the 328 km to Chennai on NH 4. You can cover the distance in about 5 ½ h but, of course, some of the perks of a road trip include stopping wherever you want , even if it’s just for a coffee or taking a photo.