Getting from Delhi to Bangalore 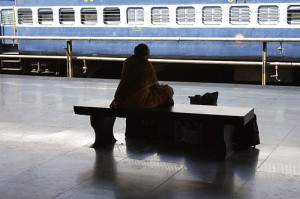 Delhi is India’s second largest metropolis. New Delhi, part of Delhi is India’s capital. However, don’t worry if you hear people referring to the capital using both names; it’s common and the names are interchangeable. Delhi is also an important hub for those traveling to the rest of India and to/from other countries in the region.

Bangalore is the capital of the Indian state of Karnataka, a large and cosmopolitan city in India. The official language is Kannada, but many people speak English so you really don’t need to worry.

The easiest way to travel between Delhi and Bangalore is by train. Unless you are on a very low budget, you should get a sleeper with AC for your journey. Or , for 2.5 times the price of a train ticket you can fly in just 2 ½ h.

Bangalore is served by Bengaluru International Airport (BLR) , located 40 km from the central business district. It handles both domestic and international traffic and is hub for Blue Dart Aviation, Deccan Aviation and Kingfisher Airlines.

Trains from Delhi to Bangalore

Buses from Delhi to Bangalore

Due to the long travel distance, there aren’t any direct buses between Delhi and Bangalore. You can , however, travel from Delhi to Mumbai , Mangalore, Udupi, Manipal, Kundapur, Dharwad, Dharmastala or Kollur and then to Bangalore by bus.

Buses from Mumbai to Bangalore are operated by this company . There’s a bus leaving daily at 7:05 p.m. from Mumbai (finding out the price requires logging onto their website, though).

Driving from Delhi to Bangalore

If you are brave enough to plan to drive in India, you can rent a car in Delhi and drive the 2114 km via NH 7 to Bangalore. The travel time is 1 day 5 hours but make sure to plan some stops along the way to get the appropriate rest.