Flights from the US to India are amazingly cheap right now 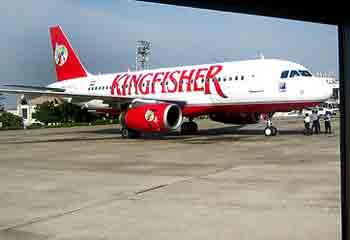 I think most people are very aware that India is a very cheap country once you get here, so it’s the cost of the flight that is the problem. But right now there are some crazy airfare sales on so getting a deal on tickets to India is a breeze. Lufthansa (the German airline) of all things has a sale where you can fly from New York City to Bangalore for $320 each way. That doesn’t include taxes and fees, but still it’s about half the price this same flight would have cost last year.

Most people aren’t too interested in flying to Bangalore though, but the good news is that getting cheap airfare to Mumbai is also a breeze. Lufthansa has deals from Detroit to Mumbai starting at $449 each way, and leaving from your own city might be even a bit cheaper so it’s worth checking. Just a word of warning though, hotels in Mumbai are relatively expensive so you don’t want to spend all your time there if you are looking for a really cheap holiday. You can still get a nice room for around US$40 per night at the bottom end, but that compares to similar rooms for around US$10 per night outside of the big cities.

Thinking maybe about checking for airfare to Goa instead? That can be done, but I’ll tell you right now that you’ll be flying into Mumbai and then on to Goa, so you might even consider finding a great price on the Mumbai flight and then a separate ticket to Goa. Sometimes those tickets are cheaper separately and other times they are cheaper when bought as one. It’s worth comparing yourself.

Another thing to be aware of is that Goa is really a seasonal resort area. Starting in mid November and then going through Easter, the place is filled with European and Israeli tourists, but outside of those months it’s dead except for some Indian families who go there for the summer. The weather is decent all year round, and the monsoons tend not to be too bad, but if you are going there to party then go in season for sure.