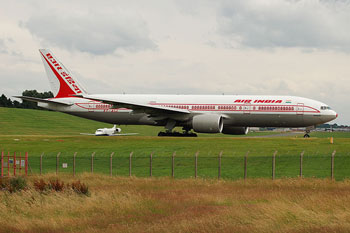 In news that shouldn’t surprise anyone, Air India is really struggling, pretty much like every other airline on the planet. But this one is owned by the Indian government, and they have a new plan to stop the bleeding.

According to this AP story, the airline is going to be ditching First and Business Class seats from at least 10 of its planes that fly domestic routes by next month. It sounds like this could be the start of something big, as they realize they have to cut costs to compete with low-cost carries that now operate in the country.

Carriers like JetLite, Kingfisher Red, Spice Jet, GoAir, and IndiGo have sprung up in recent years so the competition between Indian cities is fierce, especially on the budget end of things.

It sounds like none of this will change the prices for airline tickets to India from abroad, so most tourists won’t even know the difference. I’ve flown Air India and their international service is great and compares favorably to most other big worldwide carriers. And as long as you like Indian food, the meal service can be a treat as well.

As people are starting to think about their winter travel plans, they’ll be pleased to know that cheap hotels in India continue to be easy to find compared to almost everywhere else on earth. But just a bit of warning – people love to talk about the $1 per night or $5 per night hotels in this country, but those are very modest places in remote corners, for the most part.

If you are looking for a hotel in Mumbai or Delhi you will need to spend around US$30 to get something worthwhile, and any place that might be under US$10 is guaranteed to be a dump if it exists at all. So the advice is to spend a couple days in the big cities and then head elsewhere for lower prices at higher standards.